Today is paperback publication today for the excellent historical novel THE CRIMSON RIBBON. To celebrate, I’ve interviewed Katherine about her writing and here it is, including my original review of her debut.

[1] Why have you been drawn to this period of English history in particular? What appeals to you about this period? And what aspects of it make you glad you live in the C21st?!

I first became interested in the 17th century after reading Rose Tremain’s wonderful novel Restoration. I began reading history about the period and was fascinated by some of the historical figures and the English Civil Wars. As I learned more about the revolution I came to understand what an important time it was in British history.

What appeals to me is the way that society was recognisably modern in some ways, for example we see the beginnings of the Enlightenment, the birth of an uncensored press, the establishment of parliamentary democracy and radical political ideas that still seem pertinent today, but all in the context of a religious, superstitious, patriarchal society that still feels mysterious and alien. I became interested in women’s experiences during the civil war years, because it was a time of upheaval when many norms were challenged. There are numerous stories of women doing extraordinary things and I wanted to explore that. Having said that, the position of women in the society of the time makes me very glad I live now, along with the obvious things like modern medicine, running water and sewerage systems! 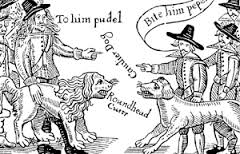 [2] Your novel involves two extraordinary women. What did you learn about the position of women in this period and what did you feel was important to you in rendering this aspect?

What struck me early on about the real Elizabeth Poole’s story was the limit of her political influence. Here was someone who tried to make a difference – regardless of her questionable motives – and it was unusual for a woman to attempt that. She wasn’t alone – in fact the civil war period saw a big increase in women becoming more overtly political – but ultimately the impact they had was restricted. Sometimes, women who spoke out were condemned as mad, licentious, or both. I very much wanted to tell the story of these women who were on the edge of acceptable society, acknowledging how courageous it would have been to speak out.

[3] The title of the novel can be read as a metaphor for some of the themes within it. How do you feel ‘The Crimson Ribbon’ echoes throughout the narrative as an image?

The title actually came quite late but I was always conscious that the imagery of the crimson ribbon was significant. The use of ribbons in hand-fasting ceremonies was an influence, plus the association of the colour red with other key themes and ideas. To quote the book: “Red – the colour of passion, the colour of the Army, the colour of blood”. I’ll say no more because I don’t want to give spoilers, and I prefer to let people make up their own minds, but it’s been incredibly interesting to see how readers interpret it.

[4] Can you describe the planning stages of writing your novels? What part does research play and how do you tend to organise this? What work do you do in terms of planning the plot and character?

I’m still finding my way with this. For The Crimson Ribbon I planned very little but spent an awful lot of time reading and researching the historical background. I wrote a first draft, planning as I went, then rewrote several times. It was laborious, but during those years I learned a lot about how to write a book (and how not to!).

The second time around has been quite different, as I’ve been working to a deadline. Again, research has been a significant part of the early workload but the plot was planned more thoroughly. Working with real historical figures and events gives me a structure upon which to build the story. This can be a blessing and a curse, but it’s a useful starting point, and I do love a good timeline! I like to work on every character, making sure they all have a backstory and clear motivations. All this work might not make it into the final piece but it needs to be done. It’s the same with research; I need to know much more than will ever go into the book.

Any plans I make will always change as I write, but I like to have an idea of where I’m headed. At the end of each writing day I try and plan out what comes next. It helps me to keep going. I keep researching throughout – there’s always more to know and things that need to be checked. 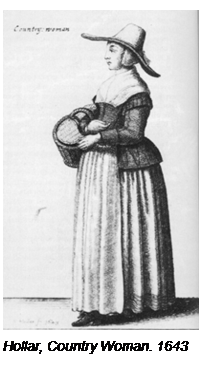 [5] Can you share anything about what you’re working on now? Also, do you have any events coming up you want to publicise?

I’ve almost finished work on my second novel – as yet untitled – which is a re-telling of the legend of The Wicked Lady. The legend tells of a noble-born highwaywoman who terrorized Hertfordshire in the 1650s. I’m bringing together research on the real life figure to whom the legend has traditionally been pinned, and the myths surrounding her, to create something entirely new. It will be out in 2015.

I’ve got a few events coming up in the autumn. I’m particularly looking forward to visiting Toppings bookshop in Ely on 26th September, because of the local connection with The Crimson Ribbon. It’ll be great to visit Ely again, now the book is out. I’m also looking forward to taking part in an event on witchcraft at the Harrogate History Festival in October.

Here’s my review for THE CRIMSON RIBBON:

Tautly constructed and beautifully written,I was gripped from the first page. Not for the faint-hearted, Clements writes about her era with honesty and does not flinch from the more unsavoury details of everyday life. Her characters are believable and compelling. There are plot twists I did not predict for a moment, and I pride myself on being able to spot a good twist a mile off! We follow the protagonist through some harrowing events and will her to triumph in the end. The historical context is so well wrought, I could see, hear and smell my way through Civil War England. I would recommend this novel to anyone who likes a great historical page-turner, yet also appreciates accomplished patterns of imagery and other advanced literary techniques. It is also a fascinating examination of friendships and love. Overall, a winner. Well done to the author! I predict great success… 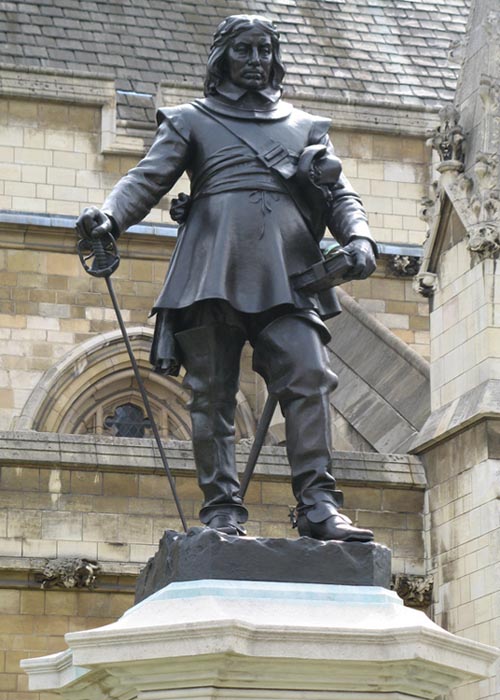 Thanks very much to Katherine for her insightful and fascinating answers and I wish her all the very best of luck and success with her super debut novel. Happy Publication Day, Katherine!