Thanks so much to Josie-Anne Gray, who has written the most marvellous review of THE VISITORS on The Dock website:

Here it is in full:

The Visitors, a review

Over the past year or so I have read some poorly constructed prose, some of it netting its producer millions, most of it consigned to inevitable ignominy after the wind of publicity passes. What a joy then to find myself in the company of a text written not just with vigour and attention to detail but also with a great deal of love. Rebecca Mascull’s debut novel The Visitors is a real delight for a reader who wants the pleasure of the very best that prose can offer. No clunky sentences. No excess of description. No waste anywhere. Every word hits its mark with enviable precision because the writer loves language and understands how to manipulate it to maximum effect.  This skilled writer has practised her craft with intelligence and integrity in order to create a world that is both captivating and deeply moving.

The story moves at a cracking pace, helped by the writer’s choice of first person, present tense narrative style. From the opening paragraph, the reader is up and running with the text, keeping pace with the sharp mind of the protagonist and behind her the writer on a mission to fully capture the reader’s attention. Adeliza Golding’s world became the only place I wanted to be as I found myself –to submit to cliché –unable to put the book down.

The writer is unflinching in her tackling of her material; a combination of seemingly disparate threads from hop farming and oyster fishing to The Boer War, deafness and the esoteric world of ghosts, the Visitors of the title. Each theme is brought to life with powerful, visceral imagery as if to offset Adeliza’s initial deaf-blindness and then after the restoration of her sight, her silent world that teems with visual vibrancy.  As a visual reader I had no difficulty in seeing the hop farm and the oyster beds and then later the horrifying brutality of the British concentration camps in South Africa. The terrible suffering of the women and children captured in Caleb’s letter and then as Adeliza and Lottie experience it for themselves will remain with me for some time to come.

The Visitors is deservedly garnering critical praise.  It is undoubtedly a literary novel but is also an accessible read populated with credible characters. The impeccable research behind the novel ensures that the reader can comfortably understand the period. I enjoyed the period specific vocabulary and idioms that added to the novel’s texture. In less capable hands such idiomatic use of language can jar but not here. I was reminded of Sarah Waters in places and the comparison is favourable.

The Visitors is a fine novel deserving of a wide readership and critical acclaim. It is an accomplished debut from a writer who has mastered her craft and can only go from strength to strength. 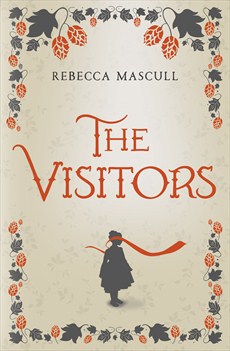