This rainy autumn morning, I’m delighted to welcome Debbie Taylor to the blog. I was fortunate enough to be asked to do an event with Debbie at the Edinburgh International Book Festival to discuss our novels this summer and so enjoyed meeting and working with her. Debbie is a highly experienced and seasoned novelist, with novels including ‘Hungry Ghosts’ to her credit, as well as her role of Editorial Director of ‘Mslexia’ magazine, the brilliant ‘home of women’s writing’. Some of the themes of Debbie’s books are close to my heart, from the C18th travelling female of ‘The Fourth Queen’ to ‘My Children, My Gold’, that lives alongside women from some of the most challenged countries in the world. 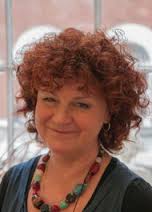 Her latest novel ‘Herring Girl’ is the story of Ben, a teenager who is convinced he should be a girl, living a secretive life with his uncomprehending fisherman dad in North Shields in 2007. Through hypnosis he connects with Annie – a herring girl from 1898 and possibly one of Ben’s own past lives – and reveals a mystery which comes to involve a disparate group of people who meet Ben and become irrevocably caught up in his story. I found the novel completely compelling and the characters entirely sympathetic and very real. I was particularly engrossed by the gorgeous dialect and historical recreation of the late C19th fishing industry, which also contained many echoes of where I live now – Grimsby – and the disappearance of our local fishing industry too. It was an original and enveloping read with an impressive variety of voices, minds and issues.

You can read an extract from ‘Herring Girl’ here on Debbie’s website: 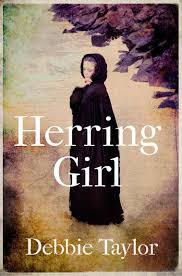 What appealed to you differently in writing about 1898 and 2007?

What appealed to me about 2007 was that I was actually living in North Shields, where the book is set, at that time – so there was very little research to do. Also 2007 was when the smoking ban came in, which is crucial to one character who is a slave to her nicotine addiction, for reasons linked to her previous life (did you mention that Herring Girl is a novel investigating the evidence for and against reincarnation?).

What drew me to 1898 were old photographs of North Shields. It was the height of the herring boom, when there were so many fishing boats moored on the quayside that you couldn’t see the water; and the river bank was seething with slum houses, pubs and brothels. I wanted to write about that amazingly vibrant (and smelly!) lost world. Reports in the local paper at that time reveal that people were worried about the effects of overfishing even then. Today there are only a few little prawn boats operating out of the harbour and the slums were bulldozed in the 1930s.

What definitely didn’t appeal was the prospect of all that research. My writing style is very intimate; I try to get right inside my characters’ heads – which means I need to know, before I start, exactly what their world looks, smells and tastes like. (I once made a special trip to the British Library in Boston Spa in an attempt to find out whether men in 18th Century Morocco shaved their bodies. My second novel, The Fourth Queen, is set in a Moroccan harem at that time and I had some crucial sex scenes to write…). 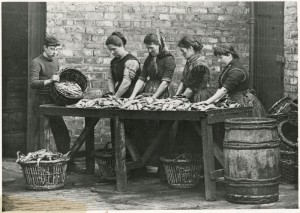 Do you believe in reincarnation? Ghosts? Any of that sort of thing?!

When I started researching the novel, my answer would have been a pretty definite ‘no’. I was using reincarnation simply as a literary device to link the past with the present. But when I started researching the topic, I was astonished at how persuasive the evidence is. I’ve listed the main publications I consulted on my website http://www.debbietaylor.co/ along with reports of some astonishing recent research on the topic. I also did some research of my own, and discovered that 13 per cent of the 2,500 people who took part in my paranormal survey believe they have had direct experience of a past life. I also asked about other paranormal phenomena – such as apparitions and hauntings – and was amazed how many people had experienced these too. So do I believe? I really don’t know.

What did you like best about researching the fishing industry in North Shields?

Long nerdy days in the local history section of the library: squinting at microfiches of the Shields Daily News from 1898, poring over enormous old maps of the area, checking out the actual handwritten census reports… Bliss.

I hear that you live in a similar place to Mary. How has your own home life influenced you in the writing of this novel?

It’s not similar to Mary’s house, it actually is Mary’s house! Her house is exactly what our house was like before we renovated it: damp and unmodernised with an avocado bathroom on the ground floor and a little spring in the foundations. 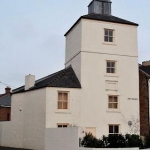 You inhabit the minds of so many different characters in this book – how did you juggle them all? Did you have planning notebooks for every character, for example?

I set up a fresh computer file for each character and developed a back story for each one. Because Herring Girl traces people’s current obsessions and neuroses back to events in their previous lives, it was vital that I understood in some detail how their minds worked – and how that might relate to the minds of their previous incarnations.

That meant that I had to make sure their motivations made psychological sense, but also that they made sense from a karmic point of view. Fortunately I have several close friends who are Buddhists, so I was able to sound them out about how karma might play out in the context of the novel. 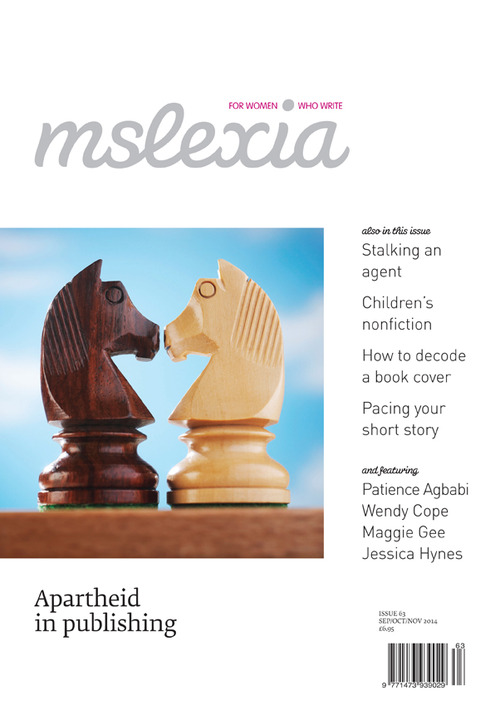 Thanks to Debbie for taking time out of her incredibly busy schedule to share her insights into the writing process. You can find out more about Debbie (she’s had a REALLY interesting life! Check it out!) and her writing in the following places:

and finally, here’s a happy memory for me of sharing the stage with Debbie (and our marvellous chair Julia Eccleshare) at Edinburgh: 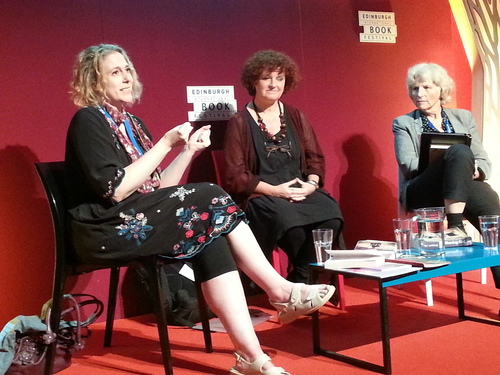