I’ve read some reviews of THE VISITORS recently which have mentioned Caleb’s letters. It might be interesting for readers to hear a little about my research into the subject of the censorship of letters during this period.

It was important to me that Caleb be free to write openly about his experiences in South Africa during the Second Boer War. So I set about researching the issue of postal censorship. The answer to this is not as simple as it might seem, as I have read lots of conflicting things about censorship during the Boer War. However, I can direct readers to at least three sources which explain that some but not all soldiers’ letters home were censored.

Firstly, in the book ‘A Lincolnshire Volunteer: The Boer War Letters of Private Walter Barley and Comrades’ by Cecillie Swaisland (pub. by LITERATIM ISBN 0-9539754-0-1), the author states the following:

‘A second factor that makes the letters accessible to later generations is that this was the last major war in which there was little or no censorship. Walter’s letters bear no disfiguring black lines, even when he openly criticised the system and his officers. He was able to tell his family back home exactly where he was, what he was doing and how he felt.’

An online source makes a similar statement. In the document titled:

MANLINESS AND THE ENGLISH SOLDIER
IN THE ANGLO-BOER WAR 1899-1902:
THE MORE THINGS CHANGE, THE MORE THEY STAY THE SAME
SHEILA J. BANNERMAN
University of British Columbia, 2000

‘Many letters, though, were remarkably frank, containing detailed descriptions of battles, blood, and death, and not refraining from criticizing army systems and soldiers’ superiors.

Importantly, there was no mail censorship, which created a loophole through which journalists could provide uncensored reports. Stories sent over the wire services were subject to strict censorship, often capricious and dependent upon a senior officer’s mood. Letters were a way of writing freely’.

I also studied many original letters from the Boer War that are kept in the Imperial War Museum collection and none of the letters I read had been censored.

I have read accounts of letters from soldiers being published verbatim in local newspapers, some with accounts of movements and highly critical of their commanders etc. For example, from the following website:

‘letters from soldiers became more important as subjects of news. The Press published their letters throughout the war, initially as supplements to news sent by correspondents and as sources of opinion on some of the issues being discussed at home, but after the Boers resorted to guerilla war, a letter from an officer might be the main source of information about an action.  Events were too widely dispersed for any newspaper to be able to provide full coverage. Many of these letters were written by professional soldiers, but not all were and some of the Volunteers were quite outspoken in their criticisms of the conduct of the British Army and sympathetic towards the Boers.’

Yet I’ve seen references to censor stamps on envelopes and also soldier-writers claiming their CO would look at the letter before it’s sent. It should be noted too that the trains carrying army mail were sometimes bombed, rail lines disrupted, and post stolen and recovered, so the situation could sometimes be unreliable to say the least. Thus, certainly when I was writing, I felt the situation was flexible enough to argue that some uncensored letters would have come through to England; and therefore, Caleb’s letters could be some of these.

My final caveat would be that THE VISITORS is of course a work of fiction and is not intended as a documentary account of the Boer War or anything else. However, I hope this information on the issues surrounding postal censorship will afford readers some insight into the background of Caleb’s letters. 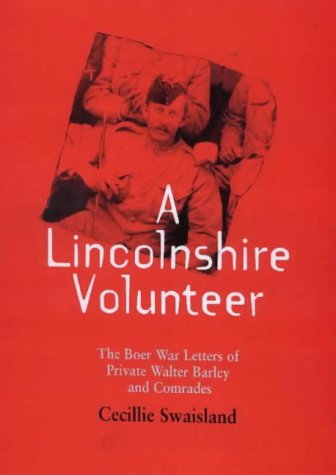